Art and Culture of Vidisha

Vidisha or Besnagar as it is called in the Pali scriptures presents an aura of the ancient and medieval times. Seeded in history related to the Mauryas, the Shungas and the Guptas, historical references are very strong in Vidisha. The local population also consists of some tribes. This small city of Madhya Pradesh today holds proof to its affluent past in the form of some amazing monuments. 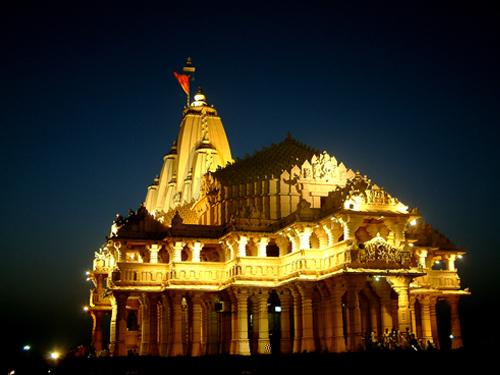 Owing to the numerous temples in and around Vidisha, one can imagine that the Hindu population of the city and district must have been very high.With temples dedicated to Lord Shiva, Lord Vishnu, Jain temples, the nature of people living in Vidisha is quite diverse. The prevalence of mosques is also notable. Some of the temples are Bijamandal Temple, Bajramath Temple, Dashavtar Temple, Maladevi Temple.

Being part of Central India, Hindi is a commonly spoken by the local population of Vidisha City. Malvi and Bundelkhandi which are forms of Western Hindi are spoken in this part of the country. Gondi is another language spoken in this part of Madhya Pradesh. It is for this reason that travelers and other people coming to Vidisha find it convenient since the use of Hindi is widespread quite a lot. English is also prevalent as the formals means of Education and Communication. 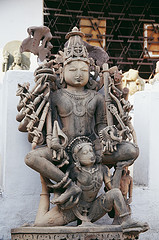 Various music and dance festivals are held in Vidisha. This helps in generating interest from the local community members. The amalgamation of the cukltures brought by the different groups has contributed in the making of teh region vibrant and multi-dimensional. The varied cultural activities of the state even help in bringing out the actual spirit of the people of Madhya Pradesh. Bhakti songs and other songs are quite popular in this region of Madhya Pradesh. Folk & Tribal Dances of Madhya Pradesh like like Saila, Rai, Norta, Matki, Korku and Gangaur are liked in this region.

Many Scluptures depicying dance forms have been excavated from various sites of Vidisha. You can find many more in and around ancient temples of Vidisha.

Festivals in Vidisha are treated like an occasion to celebrate life in general. Much pomp and show, song and dance is observed during the celebration of festivals. With a riot of colors, food and games at locals fairs, festivals bring the natives together to celebrate in a big way. Most of the Hindu festivals are celebrated in Vidisha like:-

Ganesh Chaturthi: Held in the months of August-September, this festivals is famous in Vidisha and it celebrated with a lot of excitement.

Diwali: The 'Festivals of Lights' or Diwali, one of the major festivals of Hindus, is celebrated in the month of October / November. In this festivals, Goddess Lakshmi is prayed to.

Maker Sankranti: Celebrated on the occasion of the `ascent` of the sun to the north, the festival of Maker Sankranti is celebrated with a lot of rejoice and energy.

Dussehra : Dussehra, the celebration of victory of good over evil marks the victory of Lord Rama over the demon Ravana. The celebration for this festival is huge and it falls in the month of October or November.

Vidisha, like other parts of Madhya Pradesh hosts different tribes, cultures, religions and so on. The clothing of the state differs with rich textiles and ornamentation. Men, when dressing up in traditional attire would wear a dhoti, kurta and safa or turban. Ladies traditionally wear lehenga cholis and sarees. the Bandhani print is quite famous and popular. Tribals wear traditional silver ornaments along with their outfits.With modernization, the younger generations wear more urban dressing like trousers, shirts and salwar kameez.

Ramayana by Valmiki contains the earliest reference to Vidisha. Kalidasa one of the foremost writer in Indian history belongs to Malwa region. Vidisha which is a part of Malwa region is known for its literary taste. The works of Kalidasa like Malavikagnimitra , Vikramuurvashiiya , Ritusamhara and Kumarasambhava, Abhijñanasakuntalam still finds place in the libraries of Vidisha.

Vidisha is not known for any particular type of cuisine it offers. Infact, there are lot of options to eat in Vidisha. Common North Indian dishes like puri-sabzi, chhole, etc. are quite popular. Similarly Daal Baati is served on special occasion. Mawa-bati, shrikhand, khoprapak and malpua are popular sweet dishes of Vidisha in Madhya Pradesh.